Its traditional, well for me anyway, to give cycling a miss during December. It is always a busy time of year and with the low sun, short days, bad weather and the psychotic pre-Christmas/ New Years Eve behaviour of most car drivers I find it is best to hang the bike up and focus on other things. I’ve also had a professional exam to study for which was major focus for me so cycling had to take a back seat anyway.

My last ride of the year was on the 30th November and was a chance for me to take the single speed out for a spin along the Tarka Trail and generally take it easy. After riding up numerous steep bits of Britain in the last few months it was nice to take in some flat terrain for once. Taking my single speed road bike out for a run along a trail strewn with fallen branches wasn’t without its challenges, especially as it only has 25mm wide tyres. By the end of the ride I had smashed the back wheel nicely out of true. 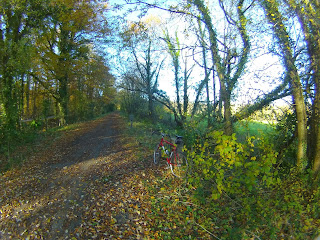 Final ride of the year and the weather was perfect﻿


In other news I have purchased yet another action/ sports/ rugged/ strap to your bike camera that isn’t a Gro Pro. My favourite bargain shop Lidl was selling a 1080p HD sports video camera for only £90 and it was too good a deal to miss out on. First impressions of the camera are good and I intend using it for lots of unusual camera angles and time delay filming when I return to the remaining climbs next year. I had intended Ass CamTM to be used in all sorts of different positions on the bike but for some reason I couldn’t find the right sort of mounting brackets. My Lidl camera should hopefully be a bit more adaptable although it is no lightweight and quite bulky. 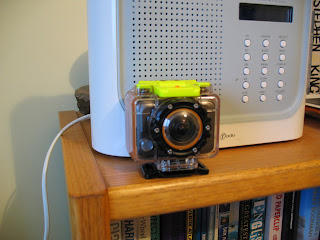 New toy. I've been very impressed with it so far.


My main goal for next year is pretty obvious; to finally finish off the 100 climbs. I had a great start to the year and some very productive trips away but, frustratingly, September marked a point when the wheels started to come off. My trip to Scotland didn’t exactly end well and from then on dealing with the fall out from my redundancy and searching for a new job took up a lot of the time and energy I had intended to devote towards finishing off the remaining 31 climbs. I was hoping to have them all finished by now but never mind, far worse things can happen and I’m intending to start wheezing and swearing my way up the first of the remaining hills by the end of January (weather permitting). I’ll get there in the end, just a little later than planned.

After seeing off the remaining climbs I’m tempted to give the Single Speed UK Championships a bash in September. I have no intention of being even vaguely competitive (in fact I think that sort of thing is actively discouraged) but it will be a good laugh and will be a post 100 climbs goal to aim for. It is also a good excuse to bling up my Singular Swift which has been languishing in pieces in the garage for a few months.

My first training ride in 2014 will be on New Years day, at dawn, most likely on a single speed road bike and almost certainly with a raging hangover. After nearly a month off the bike I‘m counting down the days…