How not to ride up The Stang

I'm sure these updates are getting later and later. Still, part of the reason was that editing the footage for my ride up The Stang brought back some painful memories. Halfway up the very steepest section of Fleet Moss earlier in the day I had felt a bit of a twinge from my left knee. I was able to ignore it but come the climb up Oxnop Scar I was well aware that all was not well and was in a bit of pain. By the time I climbed onto the bike at the top of The Stang ready for my descent to the bottom it was clear I was going to have a hard time. Put simply my knee was agony. I was experiencing a hot, sharp, gritty sort of pain behind my knee cap and even getting to the bottom of the climb was unpleasant. Still, I was there so there was no point in not riding the climb. Besides, by the time I reached the bottom the only way to get back to my car was to ride back up to the top. Never let it be said that I can't be hard on myself.

The first part of The Stang is the hardest although I don't think it gets much steeper than about 14%. I decided to just grit my teeth and tackle this part of the climb in the highest gear I could just to get it over with and to give myself space to recover and spin along on the lesser gradients further up. It turned out I couldn't push a particularly big gear or go too fast but at least I got it out of the way and could focus on the impending sufferfest on the rest of the climb. 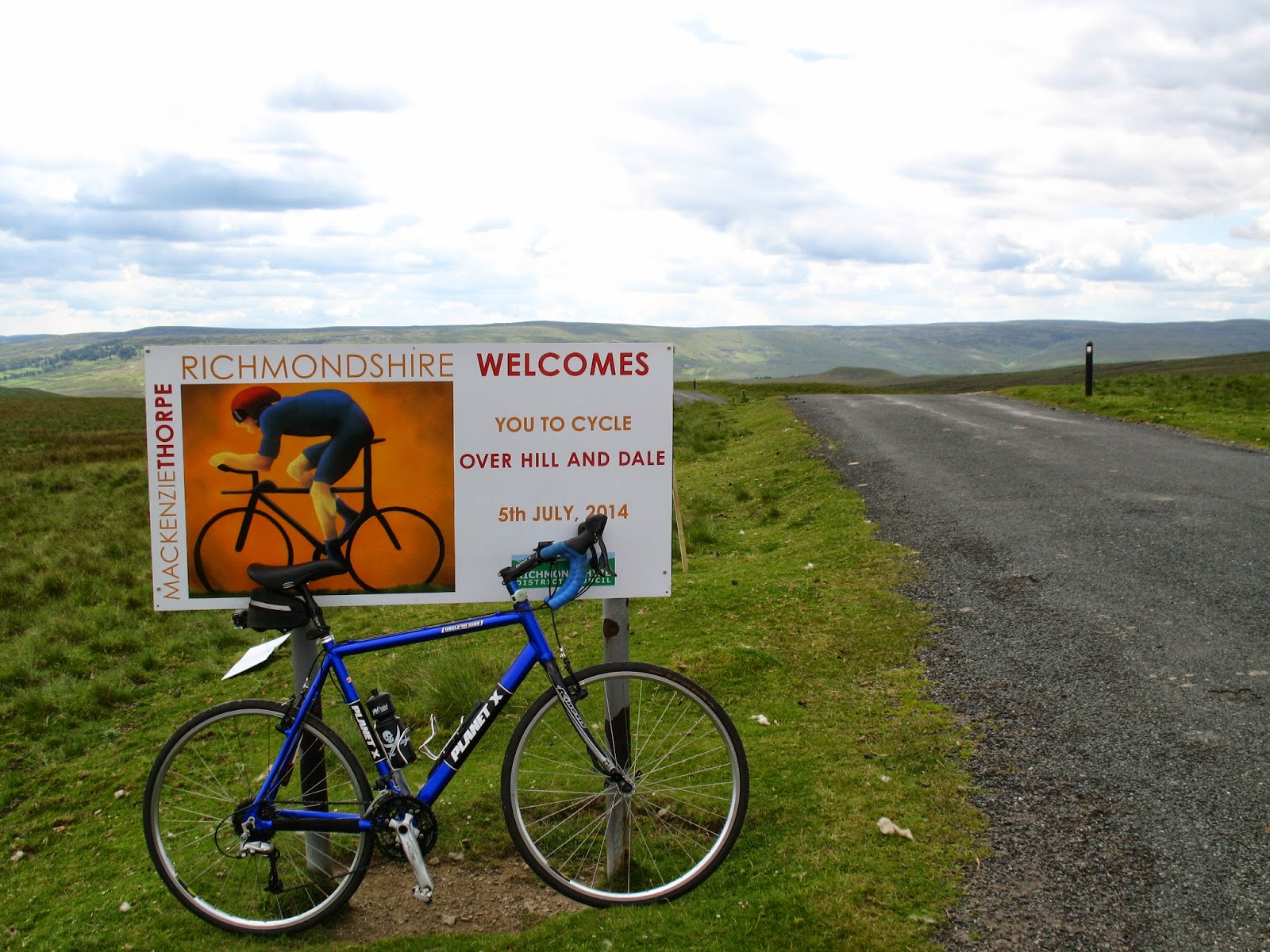 At least the road signs were welcoming

There isn't much I can say thats positive about my experience on the rest of the climb. It hurt, a lot. I was also very slow. That isn't so unusual but I was aware of the fact that I was actually feeling OK but my knees weren't willing to play ball. There is thankfully a descent halfway up this climb which took the pressure off very briefly but then it was back to grinding slowly up the rest of the climb. Probably fair to say I didn't enjoy myself all that much. Being passed by another cyclist who seemed to be flying along on the big ring didn't help my morale.


It was a real relief to get back to the car. I was nearing the end of my tether during the final part of the climb; I couldn't go any faster but I just needed to get off the bike and give my knee some respite from the constant effort of pedalling. My drive back to the Travel Hovel at Scotch Corner as a bit uncomfortable and if I'm being honest I spent most of the night worrying about my bloody knee. Even lying in bed I had a hot throbbing pain coming from behind the knee cap. Seeing as I had to tackle the fearsome Shibden Wall the following morning it didn't bode well. In fact as I write this I've got two sore knees. One of the joys of getting older I guess.


Anyway, stay tuned to see how I got on with Shibden Wall. Will I make it up the steep cobbled gradients? Will my bike shake itself to pieces? Will my knees finally explode? You'll have to come back to find out.
Posted by David at 20:37 No comments:

God, I'm getting later and later with these blog posts. Sorry about that, all will become clear before long and no, I haven't given up on the 100 Climbs just been stupidly busy with other things in my life.

Anyway, casting my mind all the way back to the 21st June the third climb of the day I tackled was Oxnop Scar. The climb was swarming with touring cyclists as I drove up to the top to find a suitable place to park the car (there weren't many options if you are thinking of taking the same approach). Given that the climb starts with a series of 25% hairpin bends I had to admire their tenacity at trying to get up the climb with full panniers. As I was soon to discover the initial hairpins, with their rough surface demand respect. Once on the bike at the bottom I did have the feeling that I was about to attempt to ride up a wall. The day, which had started quite chilly was heating up quite nicely and its fair to say I got fairly warm tackling the first part of the slope. At the speed I was doing there was no cooling breeze. 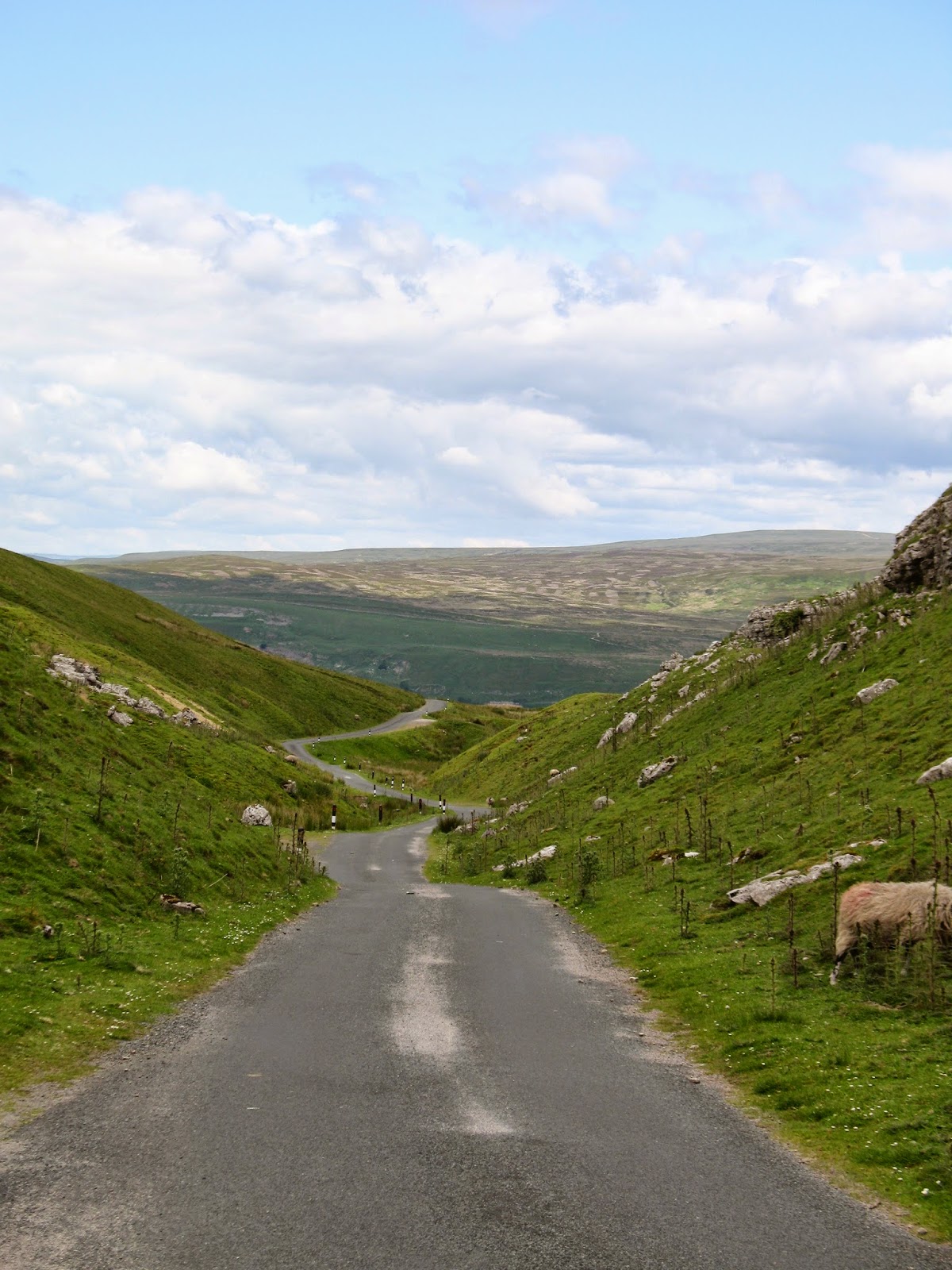 The view from the top. I was fast down and a hell of a lot slower getting back up

Once past the first few bends the climb eases off in terms of gradient and changes in character quite dramatically; it becomes a nice rolling ride along the edge of the hill with lots of gentle climbs and descents to enjoy. In the little black book of pain Simon Warren talks about using this section to push hard and get a good time to the top. Two climbs into the day and with my left and right knees both starting to grumble a bit I decided to enjoy the view and use the gentler sections to save some energy for the final ramp up to the finish. As a result the mid section of the climb took a while to ride but as it was a nice day and the road was quiet I wasn't complaining and it was good to enjoy the scenery with no traffic noise to mar the moment.

After a lot of gentle undulations the character of the hill changed again with the impressive rock formation of Oxnop Scar coming into view. From this point the view became more restrictive and the road started to steepen through the increasingly bleak terrain as I slowly winched my way up to the top. Not much more to say about this one really; I enjoyed the ride but was pretty slow so its hardly my most dramatic effort to date. 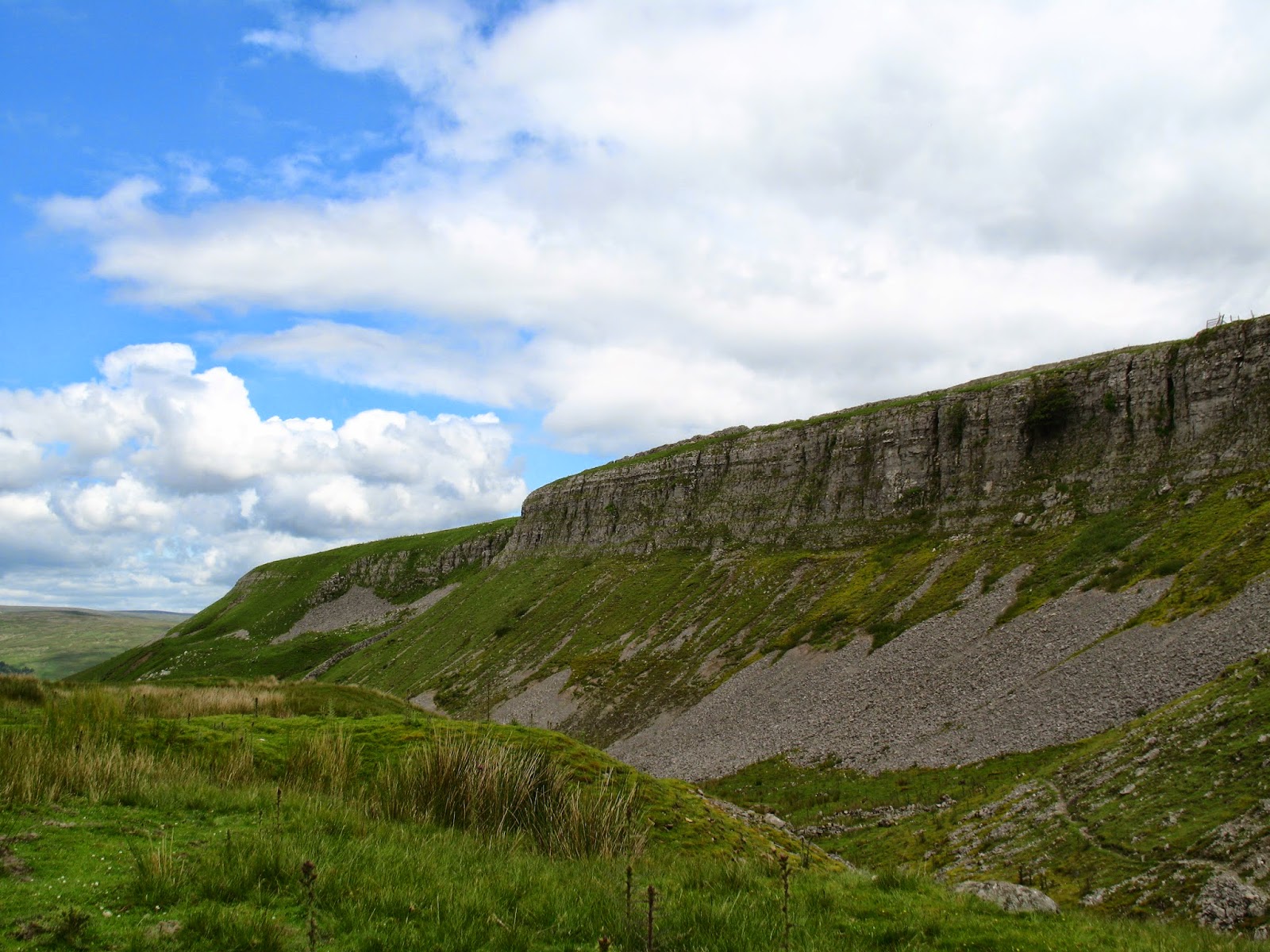 That'll be the Scar of Oxnop fame then...much bigger and more impressive in real life


It was a relief to get to the top as my left knee was really starting to get sore towards the top. Its ususally my wonky right knee that gives me grief but it was performing pretty much as expected. I still had one more climb to do and the pain eminating from behind my left knee cap suggested that spending a morning spinning increasingly low gears up long steep climbs had found my knees limit of endurance. Getting into the car was a bit painful and knowing that I still had The Stang to ride before calling it quits for the day was slightly troubling. That video is still being edited but stay tuned if you are a fan of ultra slow uphill riding as it was a sufferfest from start to finish.