An update at last

Its been a while since my last update, sorry about that. Things have been rather busy of late and whilst I’ve been getting out on the bike a fair bit I don’t feel that I’ve had much to report back on.
2014 started as most years do with a dawn bike ride on the 1st January complete with a hangover and the effects of a chronic lack of sleep slowing me down. The next days ride went better and that’s kind of been the pattern ever since; each bike ride has gone better than the one before it and I actually seem to have started a year with some decent form for once. I’ve been fairly flying up the hills (well for me anyway, its all relative) and even when the weather has been a bit mucky I’ve been consistently faster over regular training routes. This bodes well for finishing off the remaining 31 climbs that I didn’t get to complete last year.

Since I stripped down my faithful Surly Cross Check and got it resprayed ahead of a rather bling rebuild I’ve been lacking a suitable bike for slogging away on during the winter. My Thorn Sherpa touring bike is in desperate need of a refurb and my single speed Macinato just isn’t flexible enough. Step forward my old Surly Karate Monkey. 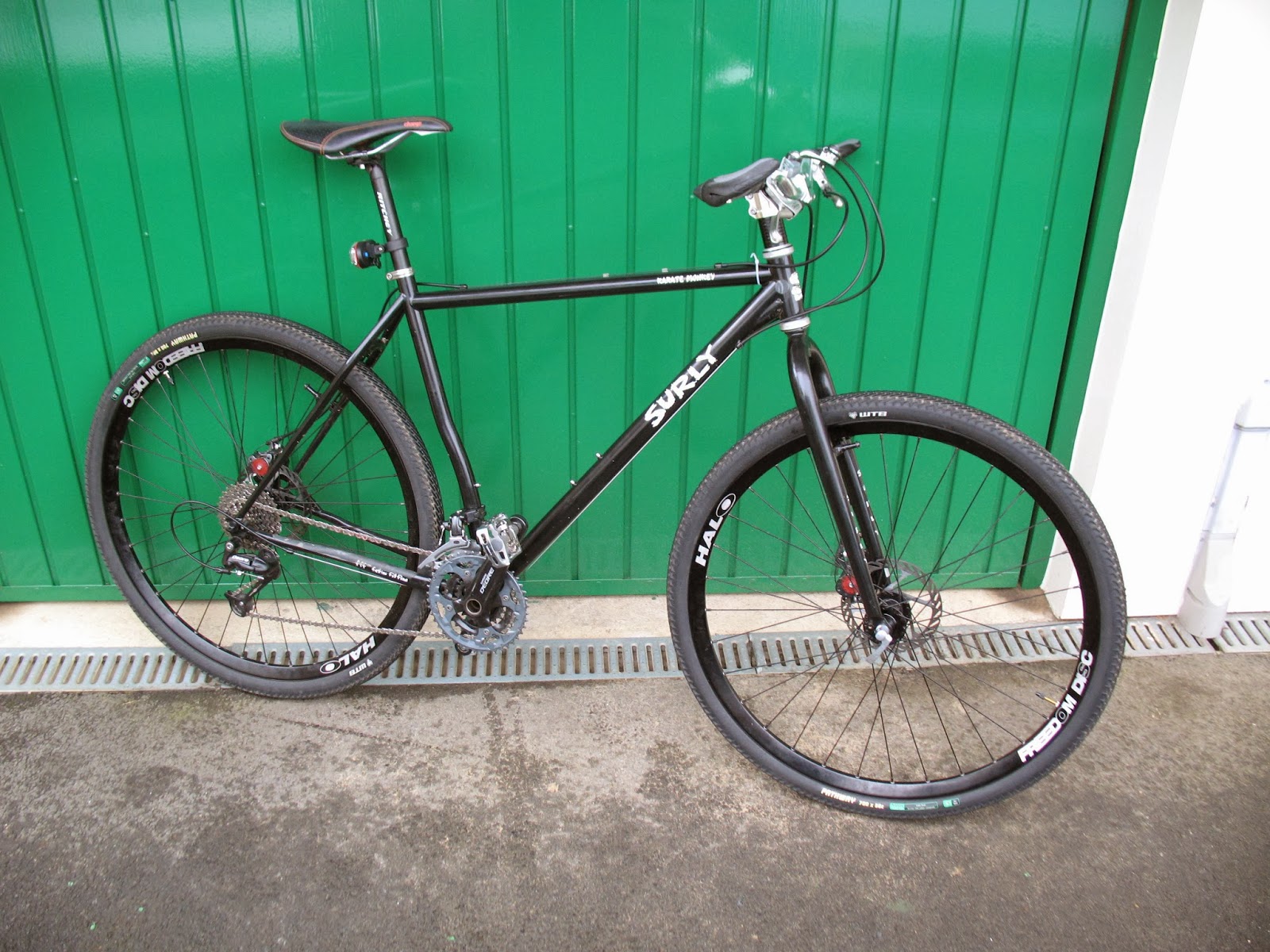 Now the Karate Monkey is a 29er mountain bike rather than a road bike but it fits the bill quite well (its tough and can be built with lots of gears). I’ve struggled to come up with a suitable build for the bike ever since I bought the frame. I did run it as a drop handle bar monster cross abomination for a while but could never really get to grips with it. After rooting around in the garage (some of the parts were found rolling around on the garage floor and I seem to remember using the handle bar as a head set removal tool at one point) I’ve come up with a fairly decent heavy duty build that should allow me to use it as a hybrid or a mountain bike. It can also take studded tyres if the rain ever stops and we get a proper winter. The only expensive parts I had to buy to get the Karate Monkey rolling were some Pauls Components Thumbies which allow me to run traditional bar end shifters as old school flat handle bar thumb shifters. I’ve been wanting an excuse to buy some for a while and this seemed to be the perfect opportunity. 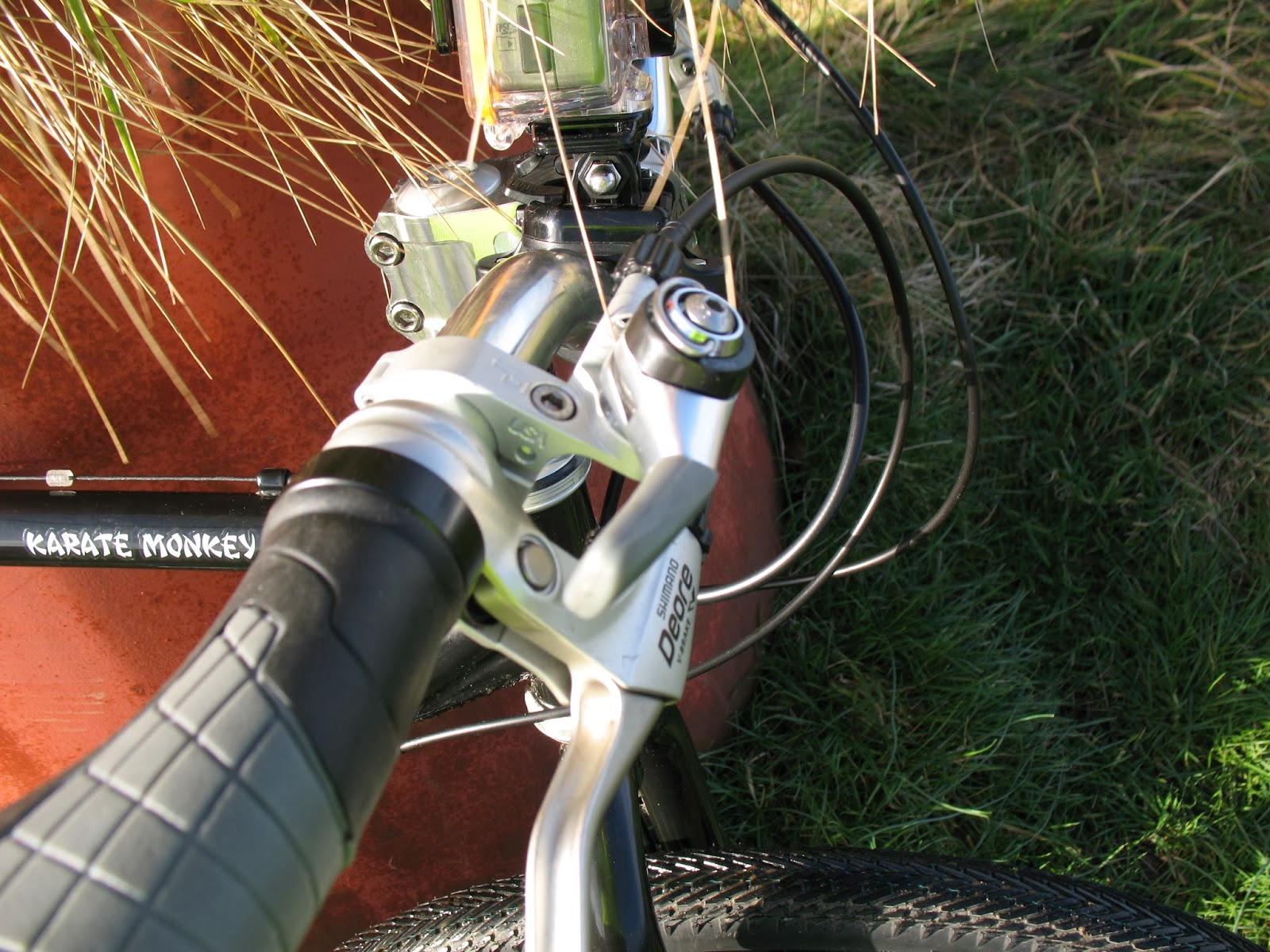 Pauls Thumbies - for when being a luddite is the only option


For the first time since I bought the frame back in 2010 I’m actually looking forward to sticking in the miles on the Karate Monkey and the extra heft should provide some training benefits. Initial rides suggest that I’m going to have a lot of fun with the bike on some interesting all terrain training rides. 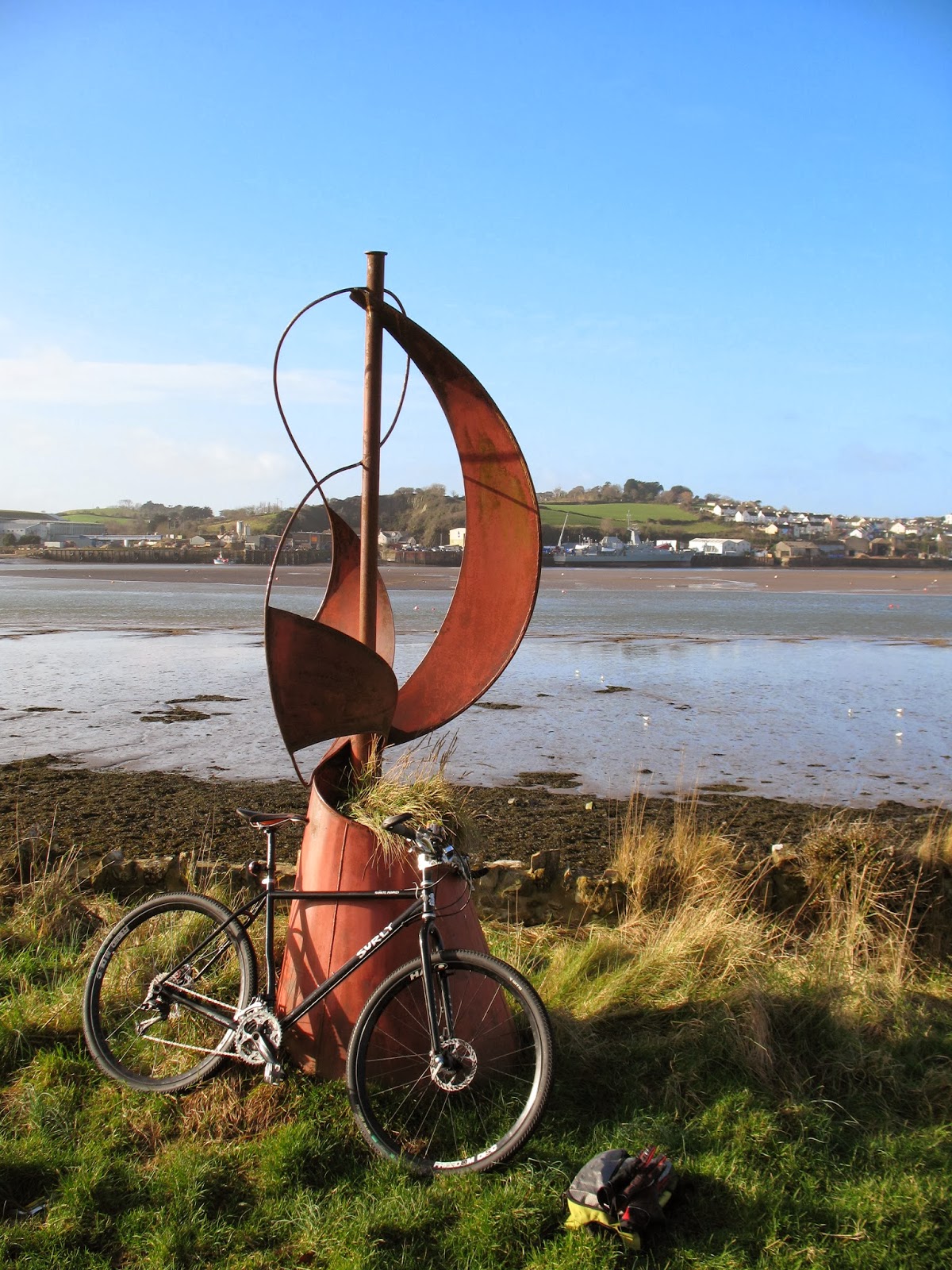 
Things really didn’t go as planned towards the end of last year. After the wheels came off my attempt to bag the Scottish climbs any plans to tackle the rest of the remaining climbs failed to take shape. A mixture of studying and job hunting got in the way of planning any time away from home and before I knew it 2013 had drawn to a close. I was also feeling pretty exhausted towards the end of what had been a busy and stressful year.

This year has to be the year when I finally close the book on this thing. Depending on whether or not I need to take a re-sit in a technical exam I’m either going to be going to be able to start applying for new jobs at either the end of February or the end of March. I'm going to need to focus on developing my career when I do finally get another job and once things do start moving I’m not going to have much chance to take trips away. As a result normal service will be resumed at the end of February when I start wheezing and cursing my way up some of the steepest roads in Britain before I get too busy.

I’m planning a series of frankly brutal long weekends in the North of England where the target will be to tackle between 8 or 10 rides in the space of a couple of days. Plans like this have never worked out for me before but I don’t have a choice in the matter. I’m not going to have the time for these planned trips not to be successful and so they will need to work. My recent training rides have focussed more on how much I can hurt myself on successive climbs than on honing technique and fitness. Each training ride now features at least 2 steep climbs as a result. The climbs in Scotland will need to be taken on a little later in the Spring when I should hopefully have some more time available to deal with the extra time I‘ll need to spend away from home.
Posted by David at 21:04 No comments: